You will NEVER be asked for Money or Solicited for Funds from ANYONE on this site. Do NOT send any Money to any person regardless of whom they may claim to be. You in turn, will NOT solicite donations/funds of any kind. This is grounds for immediate removal. Please report persons immediatly.
yes

Link to a 14-video series

The Media - Liars for the Progressives

Following is an editorial from the Morning Call slamming those who are concerned about their country and would exercise their freedom of speech. My response to the author follows the editorial!

Paul Carpenter September 6, 2009
In the late 1940s and early 1950s, despite clear evidence that Sen. Joe McCarthy was a drunk and a demagogue, many people blindly followed his lead, even when he accused President Dwight Eisenhower's… Continue

You need to be a member of SonsOfLibertyRiders.com to add comments!

It was great meeting you in DC last year. Sorry for the slow reply. I finally got my '98 Moto Guzzi EV 11 up and running again and now up here in Gulph Mills. We sold ur Cape May NJ shore house in April of this year where I had the bike. My wife Kathy and I are heading down to Key West on Friday 11/11 for a month. I will track you down when we return. A lot to do before next November to get this horrible Marxist regime out of power.  Hopefully we can get some people to wake up and see what is happening. Very frustrating.

melissa naugle easyrider15531 said…
Kirby, I am unable to help on this one. Sorry =(

Checking in as I am learning to navigate this webpage.  Thanks for educating me on this site and encouraging me to sign up.  I have shared the story of Abe Lincoln the pallbearer twice now, and the response is the same: "Why don't we learn history like that?"

Gave you as a contact and the site to a healthcare colleague and another in the office where you and I met last week.

Keep me posted on the pizza Fridays...I make a mean pizza and would be delighted to bring one or more to the meetings for us all to munch on.

One issue I am having is locating events in my locale here; recommendations?

Will be tuning in to Constitution Radio tomorrow; my first one! Joseph Tatela said…
Hi Kirby-man,
Thanks for the message. Yes, I was a friend of Joe's--I met him last spring right before we held the Tea Party in Hanover, then he and Joyce were out at our last meeting (Hanover Tea Party Patriots), then I ran into him about a week or two ago (we were both at the beer distributor) and we stopped and chatted for a long time...he was excited about what we were doing, and volunteeering to drive for our group if we went down to D.C. for a rally or on any other group outing.
Our group is trying to establish an award in his name (if they agree to it, in conjunction with the Hanover P.D., and/or other interested groups)--once a year, it would be to recognize outstanding civic and patriotic service from a local resident that carries on in Joe's same generous, dedicated spirit.
We honored/talked about Joe and the award a little bit at our meeting tonight, too. We're working on it...we'll definitely keep you posted.
In Liberty,
Joe

Thomas & Hollie Jaeger said…
Hey Kirby, my brother, what can we do to get all our PA folks together? I'm thinking meeting up somewhere in the middle of the state? Any ideas on meeting all of our PA brothers & sisters?

Joe Clabaugh said…
Hey Ken--looking forward to seeing you in DC on Sunday. I have to park at RFK and maybe ride a bicycle into town.. Don't make fun or--laugh at me.
If you see me and choose to ignor me, I will understand. Joe 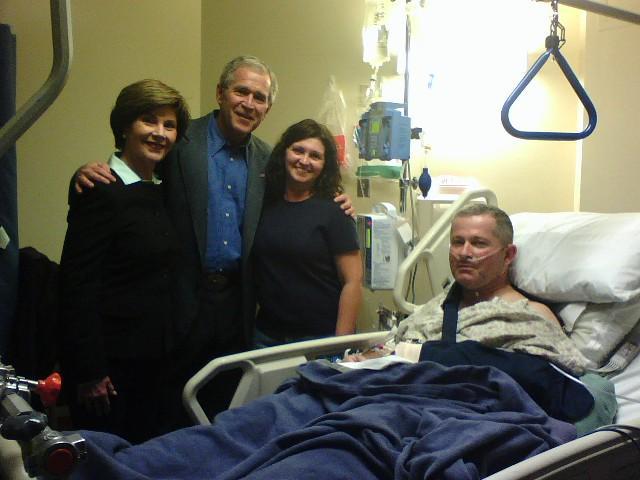 Thomas & Hollie Jaeger said…
PS) Hey Kirbyman, matbe you could show this computer illiterate how to profile a page and post pics? Thanks again ,,,,the "Wildroot" (my Vietnam Name!)

Thomas & Hollie Jaeger said…
Nice to have a fellow patriot from Pa-let's get them all together soon? What a great photo we could make? Thank you our friend

© 2020   Created by SonsOfLibertyRiders.com.   Powered by